Have you ever experienced a time when your pet won’t eat. It is extremely worrisome and frustrating when you cannot figure out why a beloved pet stops eating. For our dog, Bandit, we spent many years trying to figure out why he wouldn’t eat. He would not eat for a few days, then eat, then just pick at his food. We’d add treats or cheese to his food, but he just would not consistently eat.

Bandit is a medium sized dog who weighs about 20 pounds. But we’ve had smaller dogs over the years who were finicky eaters too. We always chalked it up to the type of food they were eating and food manufacturers preyed on this notion. We bought and tried food after food for Bandit but he was never that ravenous dog who just devoured his meals.

Many of his meals were spent barking at his dish. The only way we could get him to eat was to dump his food on the floor – GROSS!

Eating off the floor is unsanitary and food goes everywhere. It just wasn’t practical to put his food on the floor. We tried paper plates, tart pans, and other contraptions and we even tried switching his food. It wasn’t until we tried something completely unique and tested it over several months that we learned what would finally entice Bandit to eat.

The Debate to Elevate the Plate 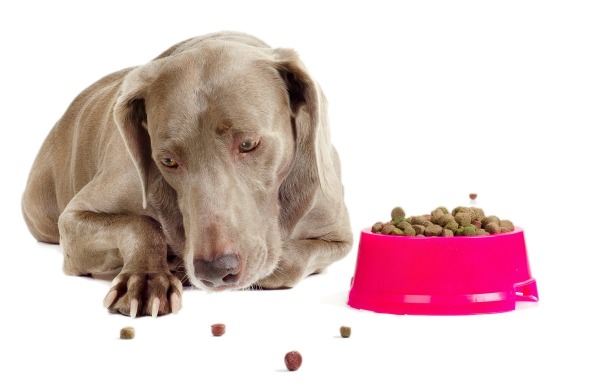